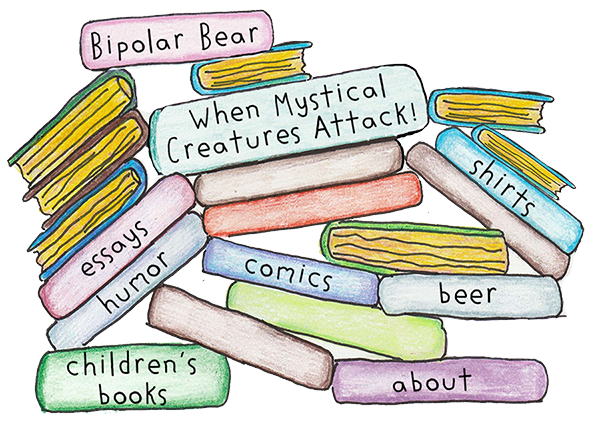 I'm also the author of When Mystical Creatures Attack!, a novel-in-stories about an idealistic teacher who has a nervous breakdown and corresponds with her former students from a inpatient psychiatric facility. 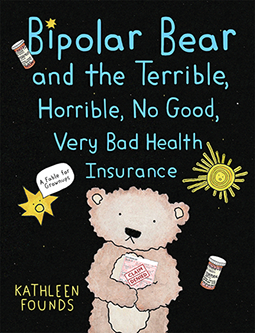 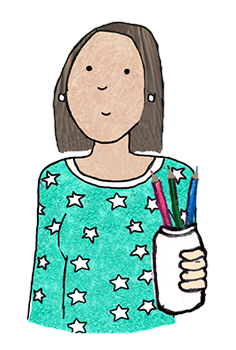 Hi! I'm Kathleen Founds. This is my book, Bipolar Bear & the Terrible, Horrible, No Good, Very Bad Health Insurance: a Fable for Grown-Ups. It's a graphic novel about a bipolar bear who gets lost in the Labyrinth of Health Insurance Claims.

Due to the themes of my work, I figure that if you ended up on this website, there's a 35% chance that you are in a chasm of despair. If so, I made you this!

And here's a guide to the rest of the website!

Have you considered buying Bipolar Bear & the Terrible, Horrible, No Good, Very Bad Health Insurance: a Fable for Grown-Ups? You should! It's the perfect gift for anyone who has ever called the number on their health insurance card, been put on hold for two hours, then had their call dropped, then thrown their phone at a Ficus. You'll also like it if you have spent time in the Slough of Despond or Debtor's Prison. (I think this adds up to everyone in the United States, right? Did I miss anyone?) 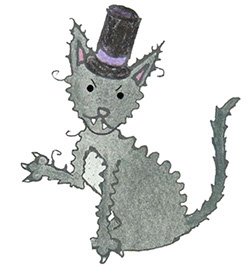 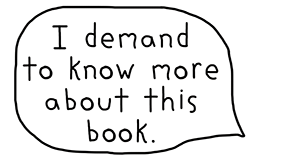 Bipolar Bear & The Terrible, Horrible, No Good, Very Bad Health Insurance: a Fable for Grown-ups  is a graphic novel about a bipolar bear named Theodore who calls the number on his insurance card and drops into the cold, dank, labyrinth of health insurance claims. 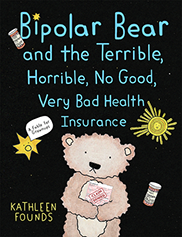 There, he confronts man-eating flowers . . . 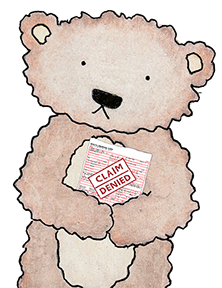 Theodore soon lands in debtor’s prison, where he is tasked with shoveling subversive literature into the prison furnace. 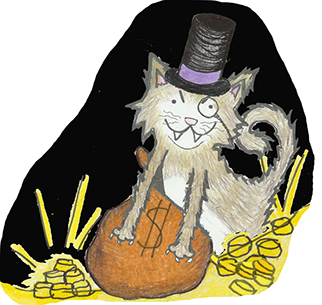 Theodore meets his fellow debtors: a turtle with a foreclosed shell reduced to living in an old army helmet, a mother rabbit whose health insurance doesn't cover birth control, and an owl with a degree in Victorian literature and crushing student debt.

An existential awakening inspires Theodore to a lead a prison break, organize a utopian commune, and fight for social reform. When depression and mania continue to stalk him and the bureaucracy doesn't budge, Theodore must ask himself: What is the point of fighting for justice if justice never comes? What is the point of a healing journey if the sickness always comes back?

Bipolar Bear & the Terrible, Horrible, No Good, Very Bad Health Insurance: a Fable for Grown-Ups will be published by Graphic Mundi press in November 2022. You can pre-order it now! And if you find yourself mired in the slough of despond, lost in the labyrinth of health insurance claims, or bound by the shackles of crushing debt, take heart! You are not alone.

For updates on the book (and occasional drawings of passive-aggressive forest creatures urging you to vote): 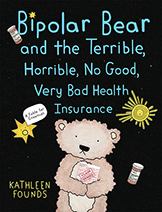